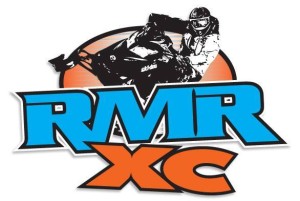 FREMONT, New Hampshire (Nov. 21, 2015) – From its origin in the winter of 1991-92 to the day it was sold in May of 2010, Rock Maple Racing (RMR) was the most widely-recognized and respected sanctioning body for snowmobile snocross racing in the northeastern United States.

After a five-year absence, the name returns – yet this time in the discipline of Cross Country racing. Officials announced their inaugural 2016 schedule on Friday, comprised of a pair of races in both Maine and New Hampshire, along with one each in New York and Vermont.

Before snocross took over the landscape in snowmobile racing, it was cross country, along with ice ovals, that dominated the racing scene. It’s exciting to watch and a true test of man and machine.

“After several conversations with long-time racers earlier this fall, I discovered there is a need in this region for a well-promoted, organized body for Cross Country racing,” series president Tara Saxton said. “While it was often hectic, I really enjoyed my years running RMR in the past. I felt this was a good opportunity to help the racers and get back into a sport I loved dearly.”

“This will be less stressful than the old days; yet we’re taking it seriously and can assure racers the events will be run efficiently and fairly. I’ve heard from several riders who’ve expressed an interest in competing with us. I hope they’ll put their trust in us and come enjoy some great racing this winter.”

Here in northern New England, the terrain is ideal to set up a Cross Country race course. Heavy snowfall during the past two winters and a forecast of the same in 2015-16 should put smiles on the faces of both racers and recreational trail riders.

RMR will have six points-paying one-day events during its debut in Cross Country racing. Round 1 will be contested on January 9 at Long Pond Camps in Jackman, Maine. Owned by former racers Randy and Debbie Petrin, this historic venue in the mountains of northwestern Maine offers the best snow cover east of the Rockies.

If anybody has good snow in early January, it will be our friends in Jackman. The good folks at Jackman Powersports will join with Petrin to present this exciting season opener.

Snowmobile racing in Jackman dates back to the 1970s, when the USSA’s Eastern ice oval circuit made a stop there every winter. Rock Maple is proud to rekindle this tradition deep in the heart of Maine’s snowmobile paradise. The trail system in this region is truly second-to-none.

For Round 2, RMR-XC will return to the Great State of Maine. Teams will converge on the trail riding mecca of Rangeley on January 23 as part of the 27th annual Snodeo event. Run by the Rangeley Lakes Snowmobile Club, SnoDeo is Maine’s largest snowmobile gathering. This means more race fans and the potential for more entries. With a little cooperation from the weather, the race in Rangeley could easily be the inaugural season’s premier event.

Round 3 will take the series to central New York for the only trip outside of New England in 2016. On Jan. 30, the series will roll into Verona to compete at Pit-X, owned by former RMR and ISOC track builder “Farmer Bob” Pawlowski. Bob’s land is ideal for a cross country course, and is easily accessible by highway for both fans and racers.

Cross Country racing heads to Vermont’s scenic Northeast Kingdom for Round 4 on February 6, as the Young Farms in West Glover host the series. Owners Allen and Tami Young have built their Vermont Evergreens brand of wreaths and trees with superior quality and service. With Vermont’s great terrain, ample snow and warm hospitality, this will quickly become a favorite stop on the circuit.

On Feb. 20, RMR-XC will contest Round 5 at the Senator Bell Farm in Chester, New Hampshire. This beautiful 120-acre property is owned and operated by Jessica Hunt, and is renowned among equestrian enthusiasts as a top-notch training and boarding facility. The land will be ideal for an excellent race course and is conveniently located for easy highway access.

On March 5, the series will conclude its debut season at a site to be announced in the coming weeks. This mix of well-organized races at great venues will be an exciting and much-needed shot in the arm for Cross Country racing here in New England.