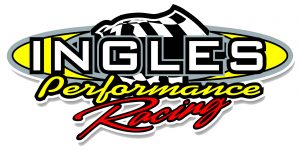 PHOENIX, N.Y. (Nov. 4, 2016) – After fielding riders in both national and regional snocross competition the past two winters, one of New York’s top snowmobile race teams is focusing its efforts on the big stage for 2017.

Returning to the high-profile Ski-doo-powered squad are three veteran riders; including six-time eastern regional champion Danny Poirier. Poirier will compete in ISOC’s Pro Lite and Plus 30 Pro Am national classes, with a goal of securing the Pro Lite title. He will be joined by two dedicated teammates, Vermont natives Leo and Hunter Patenaude. Leo will advance to Pro Lite for 2016-17, while younger brother Hunter will continue to hone his skills in the Sport class. 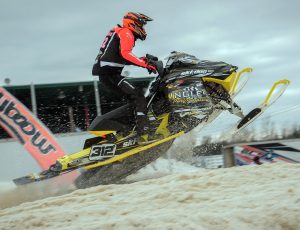 “I’m really excited to have Danny racing at the Nationals,” team co-owner Robin Ingles said. “He’s a great mentor to the Patenaude brothers. They really learn a lot from him, and they all work great together. Everybody is in great shape physically and mentally. I love the idea that our customers and sponsors will be able to watch the whole team every weekend on ISOC’s Live stream. We’re hoping for another strong season in 2016-17.”

Poirier enjoyed one of the best seasons of a stellar career in 2015-16, never straying far from the podium. A solid run in Rockwood, Maine, last March locked up his third consecutive and sixth career Pro title (2004, 2009, 2012, 2014, 2015, 2016), making his Ingles team and Ski-doo extremely proud. Like a fine wine, Poirier indeed just continues to get better with age.

Leo Patenaude ran strong in the Sport class on the ISOC national series last winter, hitting the podium often against factory-backed riders. He finished fifth in final points and looks forward to the challenge of Pro Lite. He’s also ready to get the 2017 Ski-doo race sleds prepped and begin testing.

Hunter is feeling as healthy and excited as he’s ever been and is working hard at training for the upcoming season. ISOC’s Sport class is loaded with talent again for 2017, but the young Vermont athlete has the experience and determination to prevail, even against factory-supported teams.

The 2016-17 AMSOIL Championship Snocross series gets under way on Nov. 25-27 at Spirit Mountain in Duluth, Minnesota. The Duluth Snocross National can be viewed on ISOC’s Live Stream, with a link easily found at www.snocross.com.

Ingles Performance would like to thank our many valued partners for their continued support; including Ski-doo, XPS, Woody’s, C&A Pro Skis, ROX Speed FX, VP Racing Fuels, Fly Racing, 139designs.com, Moto Tassinari, NGK Spark Plugs, Cyclops Cameras, the Ale-n-Angus Pub and Triple 9 Optics. Without all of you, this effort would not be possible.