About:
Thanks to James Lord the Belgrade Draggin’ Masters, a non –Profit Corporation was established in 1990. The club is committed to the improvement and maintenance of trails, the promotion of safe snowmobiling and cooperation with private landowners and community members of the Town of Belgrade.. Jim Lord, Bill Wadleigh and Ernie Rice made up the local volunteers that maintained and dragged the local trail system using drags that they had made and their own sleds. The interest in maintaining the trails goes back to 1972 when Jim Lord and Ernie Rice used their own sleds with wooden makeshift drags and still got the job done. Popular trails back then that were maintained went to Four Seasons on Torsey Lake and Vienna Mountain. The attraction at Four Seasons was a couple of nice warm fire places with food and beverages. A long trip was to Curly’s restaurant in Monmouth. Jim worked for Parks and Recreation so had a good idea of what would be required to organize a club. After meeting a couple of times to be sure we would have enough interest to support the required functions the paperwork were filed and here we are. There are only two of the original officers still holding official positions in the club, Llewellyn Ashland who was on the board and Ernie Rice who was VP. Jim was our first president for two years then was secretary for several years. Ernie was president the next few years and Lou Ashland has been President ever since and is still President and Ernie is VP. Fred Cole is our long time treasurer/secretary who handles that big pile of required paperwork and mailings which really are much more work than most realize. We have come a long ways; we now have 9 snowmobiles used for dragging and a Track truck plus drags and miscellaneous equipment. We have been very fortunate to have had great support from Bill Wadleigh who headed the fund raising to purchase our track truck and afford us the financial ability to upgrade our equipment a great deal. Kevin Hawes has done enormous amount of trail clearing using his heavy equipment and again with out any real cost to the club. These are some of the high lights that really need recognition and sorry I have left out so many and so much. Now we are getting a few new younger members finding their niche. Our club is a working club, our only social events consist of a Club cook out usually in early March and our Land Owner Thank You supper. This year we are taking on a new social event which and a major one it is. The Lions Club has held this event for the past 25 years and with their disbanding they have offered it to our club so the Derby will continue on, this will be year 26. With a couple of their members offering to assist we are hopeful that things will go as always. 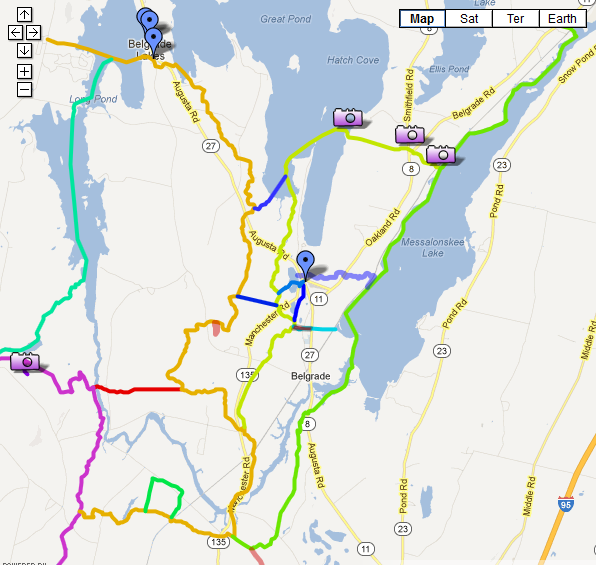