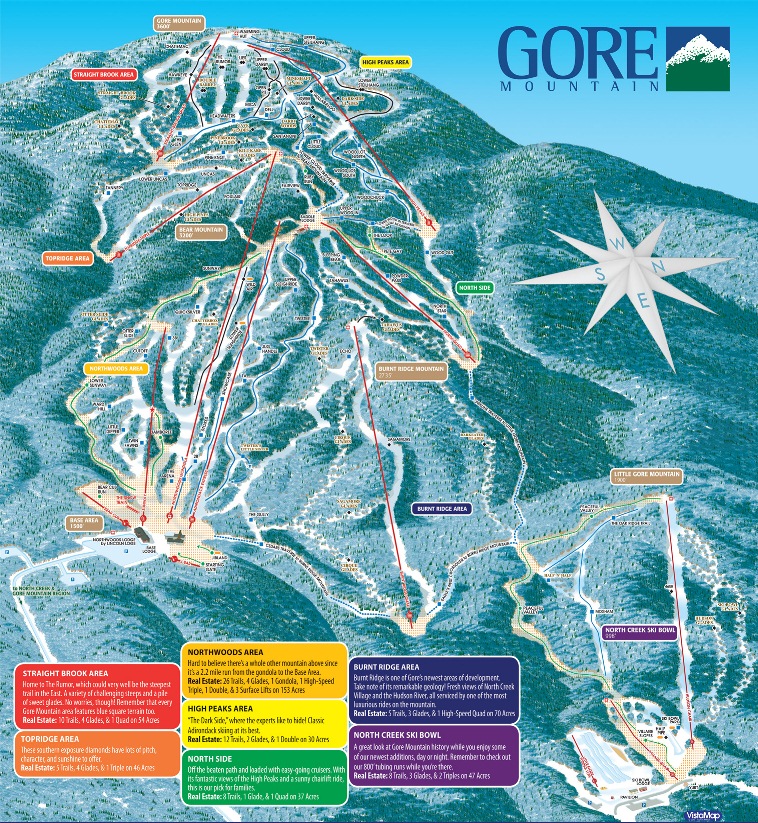 Gore Mountain is an alpine ski resort on Gore Mountain in the Adirondack Mountains, located in North Creek, New York. The mountain is a popular winter destination, attracting skiers from all over the east. It is the closest large mountain in New York to the Capital District (Albany) metro area. Gore Mountain is one of the three ski areas owned by the State of New York; and is operated by the Olympic Regional Development Authority (ORDA) a state agency.

Skiers first began using Gore Mountain in 1934 when a ski excursion train brought visitors to the North Creek Depot. The lower mountain or “Old Gore” was later improved through the addition of “New Gore” in 1964. The two resorts operated independently from one another until 2003 when ORDA reintroduced operations at Old Gore which had ceased in the 1980s.[1] Gore Mountain has recently expanded its resort limits to combine with the historic North Creek Ski Bowl (Old Gore).[2] ’Burnt Ridge Expansion’ In 2008-2009 ski season Gore added 5 new runs to the mountain as it completed its Burnt Ridge expansion. This new quad offers skiers an opportunity to ski four new glades, two intermediate trails and one expert run. This expansion coincides with an expansion at the state run Whiteface Ski Resort.