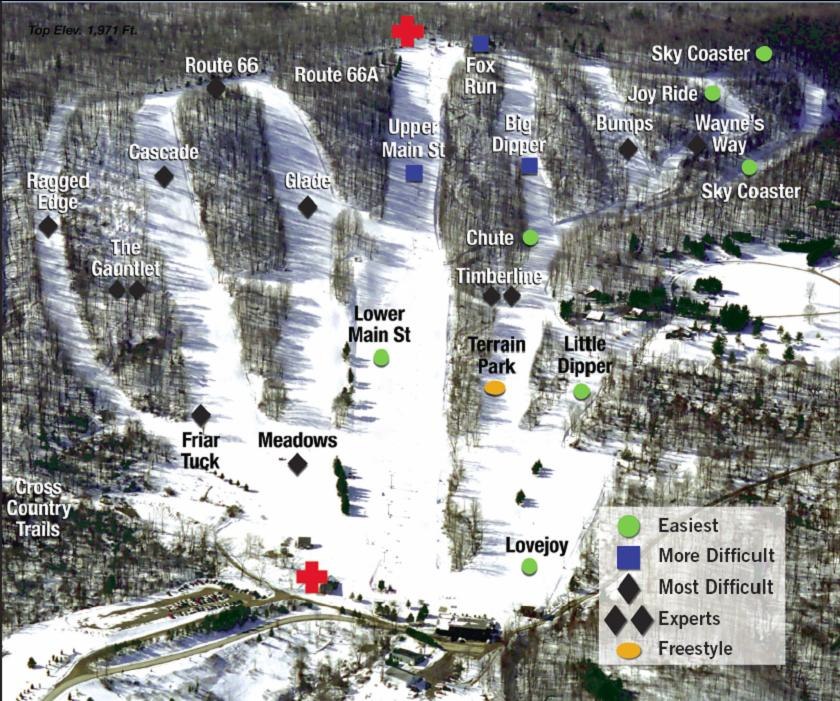 In 1967 Dr. Frank Lovejoy, Jr. conveyed his enthusiasm for a private ski club to Richard Garrett and Robert Siebert, local contractors. By June of 1967, a membership goal of 280 was reached and Hunt Hollow was off and running. The first day of skiing was January 6, 1968, with Main Street, Joyride, and the T-Bar in operation. Glade was carved in the summer of 1968 and Cascade in 1969.