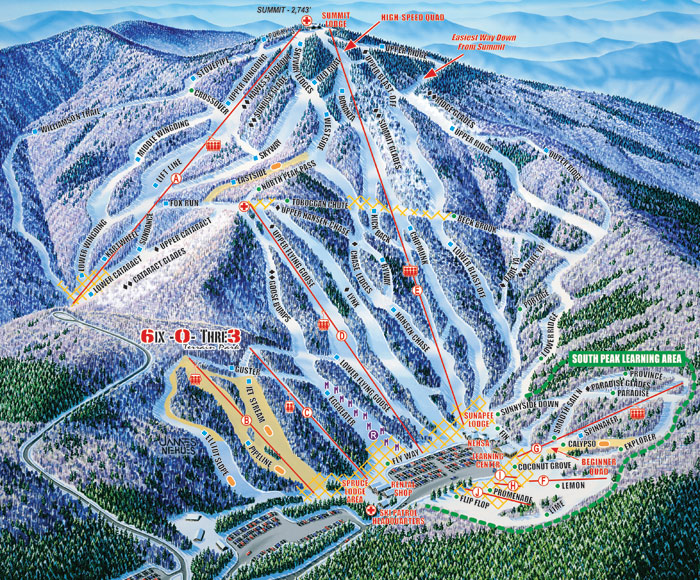 Mount Sunapee (or Sunapee Mountain on federal maps) is a 5-mile (8.0 km)-long mountain ridge in the towns of Newbury and Goshen in western New Hampshire. Its highest peak, at the north end of the mountain, is 2,726 feet (831 m) above sea level. The mountain has three secondary peaks, White Ledges at 2,716 ft (828 m); North Peak at 2,280 ft (695 m); and South Peak at 2,608 ft (795 m). The north end of the mountain, including the summit, is within Mount Sunapee State Park, which encompasses 3.85 square miles (10.0 km2). The mountain extends south to Pillsbury State Park and is home to the popular Mount Sunapee Resort.

The entire mountain ridge is traversed by the Monadnock-Sunapee Greenway, a hiking trail that links the summit of Sunapee with that of Mount Monadnock, 50 miles (80 km) to the south in the town of Jaffrey, New Hampshire. Also crossing the summit in an east-west route is a section of the Sunapee-Ragged-Kearsarge Greenway, a 75-mile (121 km) trail linking ten towns in west-central New Hampshire as it circles the Lake Sunapee region and crosses the summits of the three mountains for which it is named. The two Greenway trails meet at Lake Solitude and use the same trail to the summit.