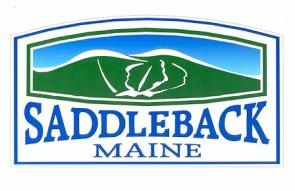 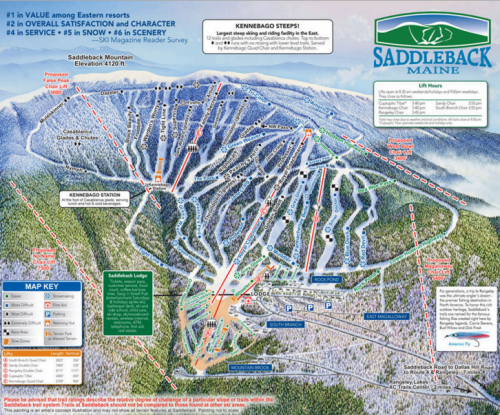 Saddleback Mountain is a mountain located in Rangeley, Franklin County, Maine. Saddleback is one of the highest mountains in the State of Maine, and one of the fourteen with more than 2,000 ft (610 m) of topographic prominence. The mountain is the site of Saddlebackski resort.

Saddleback is flanked to the northeast by Saddleback Horn. The mountain rock is primarily a form of granodiorite known as the Redington pluton that is estimated to have formed roughly 410 million years ago, while the soil atop it is largely till with a thickness of 10 feet (3.0 m) or less.

The Appalachian Trail, a 2,170 mi (3,490 km) National Scenic Trail from Georgia to Maine, runs along the ridge of Saddleback, crossing the summit. Saddleback Maine, a ski area, is located on the north face of the mountain.