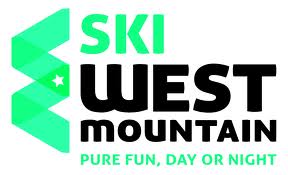 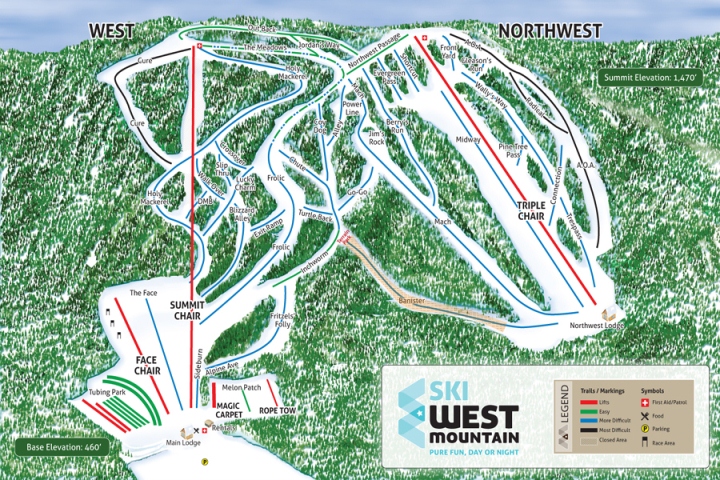 West Mountain is a ski area located in Queensbury, New York, just outside the Adirondack Park[ on West Mountain Road (CR58). West Mountain contains 22 trails ranging in difficulty from green to black diamond. There is also a tubing area near the base of the mountain, containing five 700 foot chutes and three 1000 foot chutes. The main lodge contains a cafeteria on the first floor and a restaurant and bar on the second floor called the “The West Side Grille”. After a $400,000 renovation in 2008, the restaurant started opening year-round for lunch and dinner, with breakfast served on Saturdays and Sundays.

Despite low regional snowfall, West Mountain is often host to backcountry-style skiing through June, made possible by the large amount of man-made snow produced during the cold winter months. West Mountain is also known for its night skiing, which is available on most of the main trails. Grass skiingand mountain biking are popular activities on the mountain during the summer months.