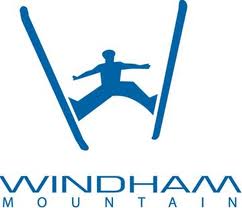 Windham Mountain is a ski resort located in the town of Windham, New York, in the northern section of the Catskill Mountains. It has 46 trails and 9 lifts, including two high-speed detachable quads, one from the bottom to top of each peak. The highest peak is situated at 3,100 feet (940 m) with a vertical rise of 1,600 feet (490 m) from the base. Snowmaking covers 98% of the trail area of 265 acres (1.1 km2).

Improvements for the 2006-2007 ski season have been funded by $5 million, the largest offseason investment in the 46-year history of the mountain. Three new trails were cut, one from the top of East Peak and two smaller ones among the trails that exist already. These new trails are named Wedgie, Whiskey Jack and Wapeka. These new trails have created a new entry way to get from the west side to the bottom of the East Peak Express Quad. A new high-speed quad was added to replace the G-lift Triple at East Peak, it is currently the fastest lift on the mountain and moves at 1,000 feet per minute. The old G-lift triple moved across the mountain to replace the Wonderama Triple, and another carpet was added to the beginner area.

Windham also provides lodging at the Winwood Inn and tubing at nearby Mountaintop Adventure Park. New additions for this season at the tubing area include an ice skating rink, climbing wall, and bungee trampoline.

Windham Mountain is also home of the Adaptive Sports Foundation which provides the physical and intellectually disabled with lessons on how to ski, snowboard, bike ride, and a various amount of other types of sports.